In the previous articles, we discussed how to turn an idea into a product. Let’s have a look now at what the pitfalls could be once your product has got some traction.

If we are lucky and our product succeeds, we next have to deal with scaling problems. The company’s capacity, its supply chain, its technical solutions and support mechanisms have to deal with increasing demands from customers. If your solution involves too much technical debt or your company operations are not ready, you can quickly end up frustrating your customers and losing their interest. So even if it is tempting to stimulate demand, organic growth is usually much safer as it gives your company enough time to accommodate the changes required for successful scaling.

There is also a danger of what is known as premature scaling. When an innovative product first hits the market, it is primarily purchased by innovators and early adopters. According to the Diffusion of Innovations theory, this group of customers represents approximately 16% of the market. The product needs to move beyond this category and penetrate the early majority before we can assume that it is suitable for massive scaling. The early majority group, however, is quite different in character from innovators and early adopters. Early majority users are less tolerant of bugs and less excited about sacrificing anything (UX, integration, polish, etc.) in return for early access. So it is important to validate every product with the early majority group, otherwise you run the risk of premature scaling.

When a company sustains its growth and manages to scale up, there is another trap. It is tempting to introduce more structure and controls in an attempt to demonstrate to investors that the company is well-managed. This usually kills the organization’s agility, disconnects its employees from real user problems, emphasizes productivity and management by numbers over creativity and leads to employee dissatisfaction and disengagement.

To stay innovative and keep the startup spirit, the organization must be agile. The spirit, trust, enthusiasm and values the company had when it operated from a garage and had 15 employees must be retained as it scales up. There is no golden rule for how to achieve that but at Applifting the principles of Teal organizations, described by Frederic Laloux in Reinventing Organizations, served as a great source of inspiration.

When a company’s management staff become obsessed with numbers, stakeholder value and short-term gains, they often lose track of their purpose and vision.

Kodak, the original leader in the photography and film industry, provides a good example of this. A Kodak employee, Steven Sasson, actually invented a digital camera in 1975. His boss didn’t see any potential in the prototype, but allowed Sasson to continue his work on the project. In 1989, Sasson and his colleagues came up with a fully-fledged DSLR camera, but Kodak’s management at the time decided to abandon their idea out of fear that it could destroy their film camera market. When the digital shift happened anyway, it hit Kodak so badly that the company almost disappeared from the market. Had Kodak stuck to its original vision: “You press the button, we do the rest”, they likely would have remained dominant and certainly would have been the first on the market with a digital camera. 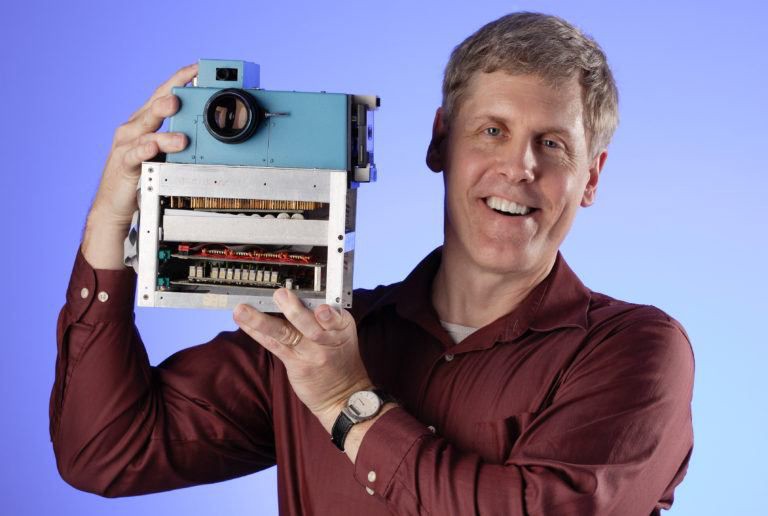 The organization has to live its vision, the vision must be more than just a text written on the hallway walls or in presentations. This means the company should use its vision in its day-to-day business as a bar against which to judge the decisions it makes. At Applifting we use our vision and mission to justify every project we get involved in and anybody in the company can challenge our proposal and veto our involvement, if they believe that the relationship is not strong enough. If you trust your people and give them the chance to pursue the vision on an everyday basis you can be sure it will not get forgotten and does not fade out.